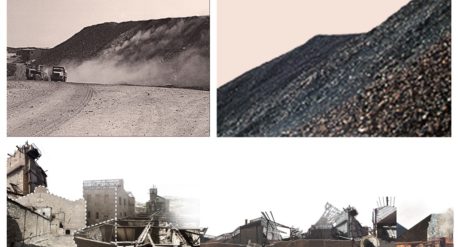 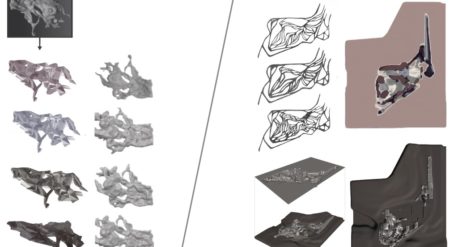 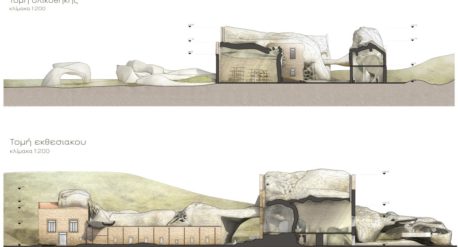 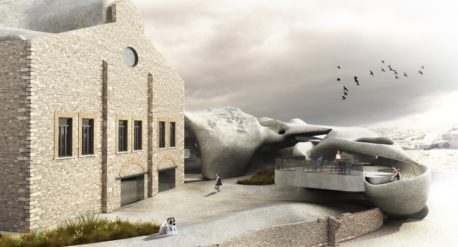 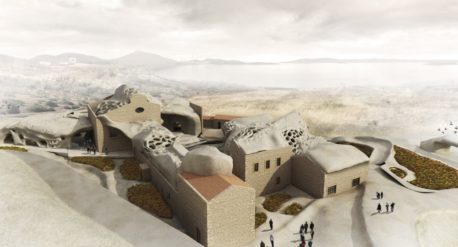 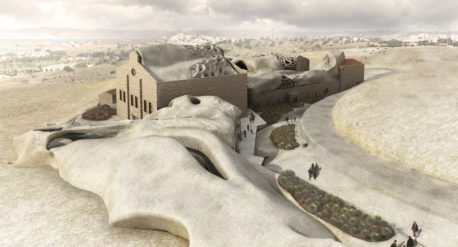 Past, Present and Future are not considered as separate spheres but rather synchronically, attempting an experimental reuse project. We often have the impression that the past cannot survive into the present, other than as a symbolic relic of another era, resulting thus in the flattening of the architectural palimpsest. On the contrary, this project seeks to disengage from the binary relations when managing the past. The building ceases to be a product of only one era, and work of one author, and is instead considered as an incomplete work, under constant changes caused by a number of creative agents.
This symbiotic relation of old and new is turned into a design act in the old industrial complex of Arsenic in the Technologic and Cultural Park of Lavrion, in Attica. The Ancient Greeks have left us there with a legacy of metallurgic remnants, with a high density in heavy metals that are hazardous for the health. These consisted a rather ready-to-process stock for further exploitation in later years, when along came the necessary technological know-how. The industrial complex, as it has always done throughout its history, revives once again through the possibilities of its vary same matter. More specifically, we suggest that the metallurgic remnants should be rendered safe through the chemical processes of Solidification & Vitrification, in order to decontaminate the site, and then to be further processed in this new life cycle as building material, so that it constructs the site's history anew and completes the ruined walls of the industrial site. The suggested use is thus a Material Centre, with research labs and -pilot scale- industrial production, material library and exhibition space, with supporting facilities. As key inspirational triggers of the architectural synthesis functioned the following: a) the ruinous condition of the industrial site is considered its authentic one, and no attempts are made to restore it to any previous condition b)the plasticity of the relief (funnel-shaped) and c) the privacy gradients that its use imposes (visitor, staff and industrial zones). The new volume additions function as a mediator between the plasticity of the relief and the harsh lines of the industrial buildings. A digital liquid simulation tool was used to provide us with a starting raw material with these characteristics, which we later sculpted with further sensitivity to its surroundings. The liquid is poured from emitters moving along flows (see diagram) in a mold, that in no way constitutes the negative of the forms, but rather -as a topography- allows only indirect control over them. Finally, with a gesture of inversion, the core of the New is formed exactly where the Old turned its back, leaving a rather indifferent residual space.
Previous Next